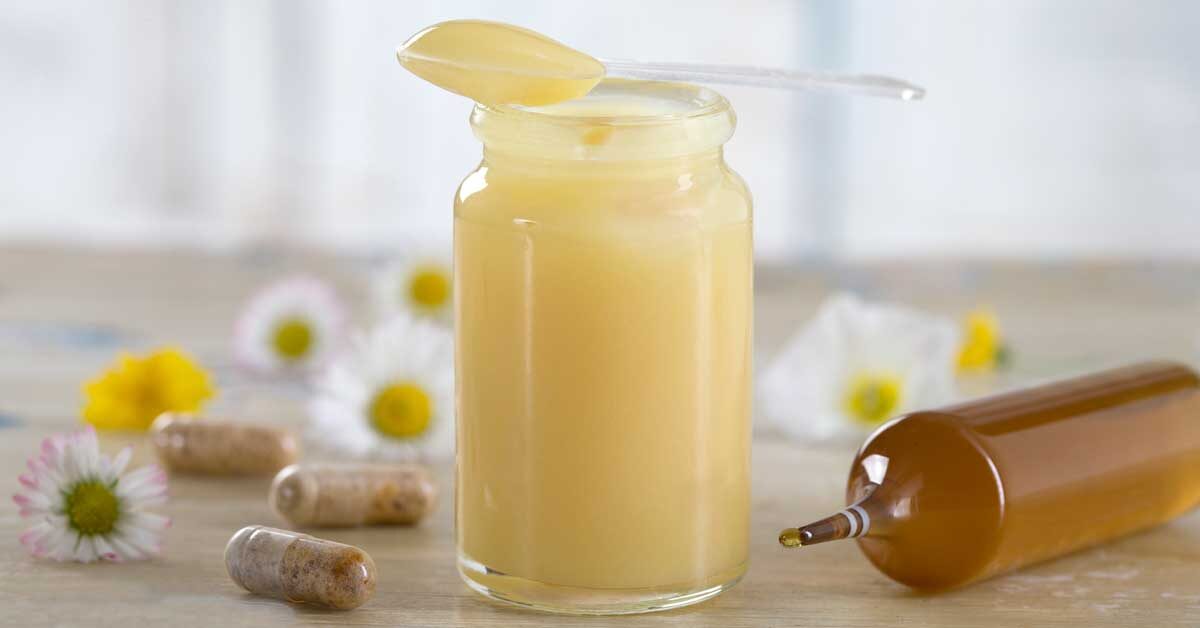 The name “Royal Honey” sounds rather exotic, doesn’t it? Well, rightly so! This honey is basically named so as it’s the fodder used by the Queen bee and her larvae. It’s popular because of its outstanding qualities and the innumerable health benefits that it provides to its consumers.

Royal Jelly honey is a highly nutritious variant of honey that offers various health benefits. Now, it is no wonder Royal Jelly Honey is by far one of the most expensive variants of honey considering the meticulous process that is used to produce Royal Jelly Honey.

To begin with, a beekeeper first creates a small colony of bees with no queen. Thereafter, he ensures that the colony has enough young bees to work as nurse bees in the hive. Furthermore, fake queen cups are inserted into this colony, each of which contain honey bee eggs that are hand grafted into each cup. Now, as soon as the worker bees start raising queens for their colonies using the eggs and queen cups provided, the nurse bees also start filling the cups with Royal Jelly.

Finally, at the right moment, the Royal Jelly is removed from the queen cups with a small suction tool and is fused with honey to form Royal Honey.

Fresh Royal Jelly is known to have a unique flavour with bitter/sour or acidic undertones. It is due to this very reason, Royal Jelly is often fused with honey to form Royal Honey, which has a rather “sweet acquired taste” that is unlike any other honey variants in the market.

What are some surprising benefits of Royal Honey for women?

Royal Jelly Honey is known to contain potent antibacterial properties which play a key role in keeping the wounds clean and free from infection. However, that’s not all. This honey also promotes increased collagen production and as such is considered vital for skin repair. It is also believed that regular consumption of Royal Jelly Honey enhances tissue repair capacity in human cells which in turn aids in wound healing.

Royal Honey for women is known to slow down the ageing process in several ways and supports the maintenance and upkeep of healthy and younger-looking skin. It is due to this very reason Royal Jelly Honey is a rather key ingredient in most topical skin care products nowadays. However, that’s not all, some studies in recent years have also indicated that Royal Honey usually supports collagen protection as well and as such helps protect the skin from UV radiation.

Royal Honey for women is often considered a potent remedy for treating symptoms associated with menopause. This is because Royal Jelly honey basically causes reduction in the circulating hormones in the body that are often associated with physical and mental side effects of menopause such as depression, anxiety, pain and impaired memory. Besides, Royal Jelly honey also helps improve the quality of life after the menopause by effectively reducing back pain, anxiety, depression and memory loss.

This nutritional powerhouse is a boon for fertility. This honey contains high levels of antioxidants and anti-inflammatory properties which play a key role in preventing damage to the cells of the reproductive system. Besides, the phytoestrogens present in Royal Jelly Honey boost fertility and improve the sexual health in women. It is due to this very reason, Royal Honey for women is often considered a superfood for females, who are looking to improve their fertility.

Royal Honey is that one variant of honey that is known to enhance the body’s natural immune system and as such provides protection to the body from various foreign bacteria and viruses. Additionally, the Royal Honey for women is actually highly rich in fatty acids and MRJPs as well which promote antibacterial activity and reduce the incidence of infections in the body.